A. F. Bridges Memorial Scholarship
Mr. Bridges served as principal of Peabody High School and established the Tennessee Secondary Schools Athletic Association. His concern for young people is memorialized in more than one scholarship each year. The committee determines the amount and number of scholarships given each year based on the interest earned by the endowment.

Dr. Edward Barker Memorial Scholarship
Dr. Barker served Trenton many years as a beloved family physician. This scholarship is given each year from donations given by his family and friends. The amount is based on the amount available.

Bill played sports while at Peabody, on the golf team in college and was a Jackson businessman. His family and friends established an endowment to give a scholarship each year based on the interest earned.


Lucille Ayers Memorial Scholarship
Mrs. Ayers taught typing and office education classes at Peabody until her retirement. Her family established an endowment to give a scholarship to a Peabody graduate each year. The amount is determined by the committee based on the interest earned by the endowment during the past year.

Paul Dennison Memorial Scholarship
Given in memory of the second principal of Peabody High School, this scholarship is given to one Peabody graduate every four years. The interest earned by the endowment is averaged over a four-year period and divided by four to determine the amount awarded each of the four years the recipient attends college. 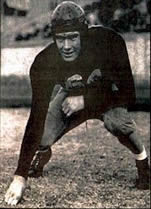 Mr. Kilzer coached football and taught math at Peabody for 31 years. After retirement as head coach, while working with the Adult Education Program, he coached junior high football for three years. This endowment fund, established by Dr. David Sisk, awards $1,000, each year to a Peabody graduate who played sports, is academically qualified and has a financial need.


Andy Stott Memorial Scholarship
Andy was active in the Band of Gold and Future Farmers of America programs at Peabody. He is memorialized in scholarships given to graduates who were active in these programs and have financial need. The amount of each scholarship is determined each year by the committee based on the interest earned.

Adam was a senior at Peabody who would have graduated May 2001 when he lost his life in an unfortunate automobile accident. Adam was a leader on the Peabody football team and a member of the soccer team. His family has established a scholarship in his memory to be given to a PHS football player who will be attending college or a vocational school.


The Andy & Theresa Jonas Memorial Secondary Scholarship
Awarded from the interest earned on the fund established by his family to a high school student who is having financial problems that may prevent his/her being able to complete high school. It is awarded as needed.

PHS Class of 1963 Scholarship
This scholarship was established by members of the graduating class to honor all 1963 classmates. The scholarship is given each year that it is funded by designated donations from alumni and/or friends. This scholarship fund has been designated to receive memorials for Betty Ingram Cannon, a 1963 PHS graduate who was a loyal PHSAA worker and active member of the Board of Directors prior to her illness and death in 2010.

This scholarship is given in memory of Anne B. Love, who taught at Trenton Elementary School for many years. Ms. Love passed away after battling cancer, and the scholarship was begun with an endowment from her cousin, Mr. Robert Love of Collierville, TN. Friends, family and former students of Ms. Love may contribute to this scholarship which will be given annually to a graduate who plans to attend college and major in education.

This scholarship is established by friends and family in memory of Dr. James Larry Williams. Dr. Williams served as team physician for Peabody High School athletics and gave countless hours of his time to programs benefiting students at Trenton schools for many years. The scholarship is given annually to a graduating senior in the years it is funded.

This scholarship is given in memory of Michael Harper, a 1968 PHS graduate. Michael played basketball and was active in student government and extra-curricular activities. Throughout his life he supported Peabody athletics and academic programs, as well as the alumni association and its scholarship initiatives. This scholarship recognizes an outstanding senior who has demonstrated academic achievement, involvement in school and community programs, and plans to pursue a degree at a university. It is given by his friends and family, wife Sandra (1968) and daughters Celeste (1994) and Michelle (1998).

This scholarship is given in memory of Aredus Buck Wade, Jr., a 1934 Peabody High School graduate. His family and friends have established and endowment to give to a PHS graduate each year. This student must be academically qualified (3.0-3.5 GPA), have a financial need, and will be attending a college or vocational school. The amount is determined by the committee based on the interest earned on the endowment each year. 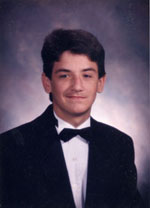 Robert Andrew “Andy” Yarbrough graduated from Peabody High School in 1995. He was also a graduate of the University of TN at Martin with a degree in Agriculture. He is remembered by friends and family as “just a great guy” with a love for hunting and fishing, which took him on many trips throughout the southeastern US. Perhaps his greatest pride and joy was his son, John Harris Yarbrough, who survives him.

Matt was a senior (class of 2009) at Peabody High School. He was in a fatal automobile accident Saturday morning August 23, 2008, just hours after the first football game of the 2008 season. Matt was an avid football player in the position of running back and linebacker, as well as special teams. At only 5’1” and 137 lbs, Matt was an outstanding athlete. He also pitched for the PHS baseball team. He was very academic and a member of several school clubs and organizations. Matt had a big heart and loved life and had many friends. His family, friends, church, school and community establishes a scholarship fund in his memory. An initial $1000 scholarship will be given to a graduate of 2009 and annually thereafter(as funds allow). Criteria:
GPA 3.0 or higher (Guidance Counselor Recommendation) Football Player (Coach Recommendation) FCA member (and/or attends church regularly) (FCA or Pastor Recommendation) Plans to attend college (Copy of College Acceptance Letter) 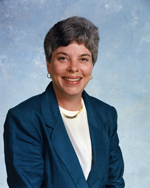 This scholarship is given in memory of Bettye Joyce Brown Green, a 1968 Peabody High School graduate. Bettye's family has established this scholarship to give to a PHS graduate or a child of a PHS Alumni each year. This student must be academically qualified, with at least a 2.7 GPA, and have a financial need. This scholarship is for a student who plans to attend college to earn a degree in education. The amount is determined by the committee, based on the interest earned on the endowment each year.

PHS Class of 1967 Scholarship
This Scholarship was started from a donation from Jeff Resason. He was in the graduating class of 1967.

Derrell was a 1958 Peabody graduate and played trumpet in the PHS Band. He was always known for being able to fix anything that needed fixing. He worked in maintenance for the Trenton Special School District for 60 years, while at the same time providing service to the people of our community as owner and operator of Dorsett Electric Co. He tirelessly used his mind and hands to serve and help others. He would be honored to know that his scholarship helped a senior student in need. 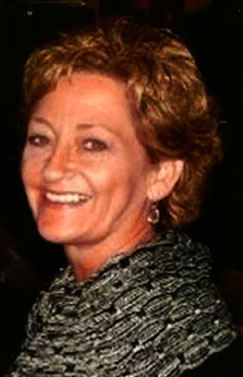 Brenda was a 1978 graduate of Peabody High School. She took an active role in many school extra curricular activities. She was a cheerleader and in the band's flag corp. Brenda's family is establishing this scholarship in her memory. She would be honored to know that this scholarship helped a senior student in financial need. 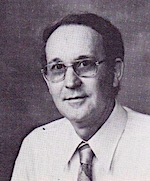 Frederick M. Culp was a graduate of Peabody High School and beloved history teacher there for many years. He was the co-author of Gibson County Past and Present. Known for his wit and dedication to history, he served as Gibson County historian for over 50 years and preserved much of our local history. In 2016 he established the Fred Culp Historical Museum which houses his personal collection. 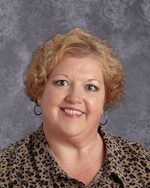 Leigh Boyce was the band director at Trenton Rosenwald Middle School for 29 years where she taught fifth grade general music, sixth grade beginner band, and seventh and eighth grade concert band. She started hundreds of students on their musical journey at TRMS, which prepared them not only for high school band, but often led to college music participation as well. Leigh was a devoted educator and passionate advocate for music education. She was extremely organized, devoted to her job and always prepared. Leigh was admired by her colleagues for the outstanding accomplishments of her students and flawless performances of her bands. Leigh passed from this life on Aug. 11, 2020. Through her love of music and tireless dedication, she left a lasting impact on the lives of students, friends, colleagues, and the entire community of Trenton. This scholarship was established by Trenton Rosenwald Middle School to honor the memory of Leigh Boyce. It is to be awarded to a Senior Peabody Band Student who has shown outstanding character, leadership, and dedication to the Trenton Special School District band programs

We want to hear from YOU! Please contact us with any address information which you may have, and please send pictures, articles and/or comments which may be useful to us in updating the website or planning our next associational meeting. You my use the contact us form included on the website or mail it to us at: PO Box 33, Trenton, TN 38382.